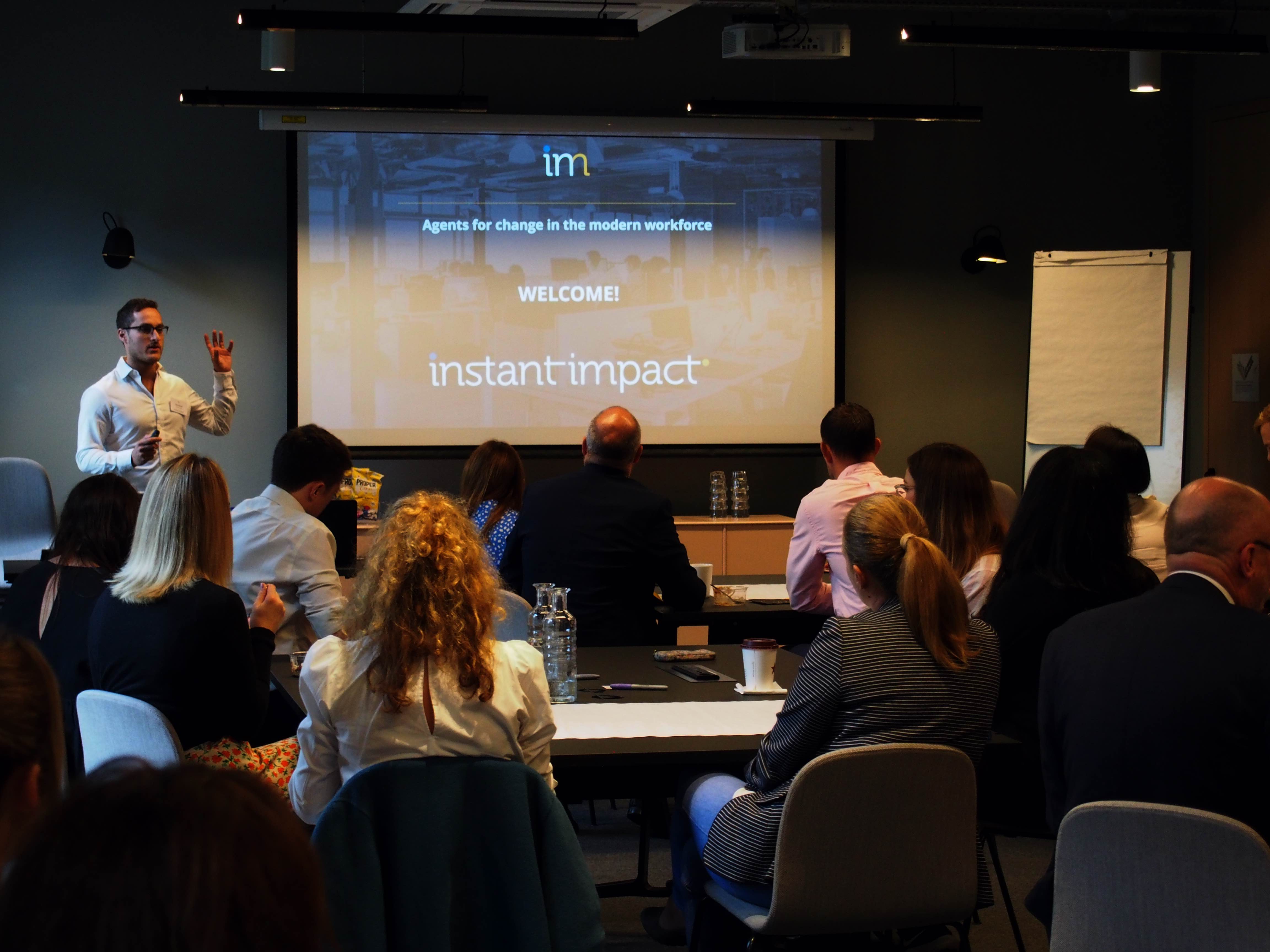 Only 9.7% of execs in FTSE 100 businesses are women, despite being 47% of the workforce and only 6% of top managerial positions are held by BAME employees. Its clear diversity is a matter to be tackled head-on.

Here are the key takeaways from the first part in the new Agents for Change in the Modern Workforce Series, launched by Instant Impact. We have pulled together the first part of the workshop, "Establishing The Roots of Diversity - From Graduates Onwards." A breakfast meeting and debate with 22 Industry HR Directors and Executives, featuring Keynote Speaker Joan Moore, Head of Early Talent Recruitment from Accenture.

The first workshop of the day looked at the barriers to implementing an organisation-wide diversity strategy, with a focus on early careers and recruitment. Around 80% of the group admitted they do not have a clear diversity policy. Board buy-in was identified as one of the key stumbling blocks to implementing such a policy. This was one of the key areas of debate. What are the obstacles to getting board buy-in to a policy of diversity recruitment? And how do we overcome them?

OBSTACLES TO BOARD BUY-IN

One exec explained that their board had been “discussing diversity for 2-3 years with no action taken.” Some argued that getting board buy-in was not the problem, it is actually getting the organisation to action what has been agreed. The reasons for this were largely outlined as...

There is a level of nepotism identified within some industries, namely surveying and professional services, which keeps the workforce of a “certain caliber.” Some consider that in many businesses there is a lack of a diverse board which could be a contributing factor, in hiring talent that “looks like them.” “An unconscious bias, and in some cases even a conscious bias” have been recognised.

Diversity often comes low on the priority level as there is no commercial business case to doing so and it is seen as an “expensive way to recruit.” Recruiting for diversity is often seen as a lengthy process and is easier to push aside. Many board members see the process as an effort and cost with no commercial gain. The process of finding candidates is harder. There is a limited pool to fish from. “It is an expensive way to recruit in terms of billable hours” with many stating there are “too many hoops to agree on a policy.”

“If it ain’t broke, don’t fix it” mentality

The “fear of change” and a “lack of understanding” at board level were also discussed as key areas for many board-level decisions, leading to a minimization of issues. “If it ain’t broke, don’t try to fix it” was a key thread throughout the discussion. There is also a clear need for more understanding of the breadth of diversity or the “diversity of thought.” One exec explained, it is more than the obvious areas of diversity that have clear labels (ethnicity, social mobility, mental health, enablement, LGBT and gender), it can be even more subtle than that. For example, loud and outgoing people progress further than more shy people.

The HR Directors and executives offered some really valuable ideas and actionable steps to overcome these obstacles. You can check these out in our follow up blog xxxxx and also check out our Diversity infographic here.